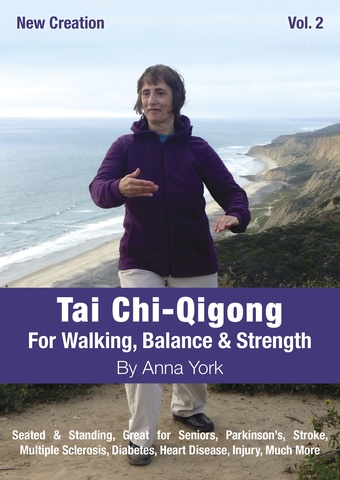 I looked in the full length mirror to check the fit on my new slim pants and was shocked to see that the left side of my hip was seriously deformed in comparison to the right side. The trochantor stuck boldly out, and there was a dip above and below where there was a significant deficiency of muscle to fill it out in a nice round curve like the right side. I had known for years that I had atrophied muscles on my whole left side because of nerve damage from multiple sclerosis. However, I had been doing gym exercises such as treadmill and elliptical, and I was hoping that I was building up the muscles and strength on that side. The protruding trochanter—and the continued weakness--let me know that my strategy was not working. I wondered if I was destined to be permanently deformed and weak on that side, with a persistently painful, crooked gait. That was in 2011.

In 2012 Peter Harmer and his research group in Oregon published a study about the best Tai Chi movements for restoring gait and balance in those who have Parkinson’s disease. The protocols were designed to challenge balance and gait in a variety of ways, including weight shifting, ankle sways and stepping diagonally forward and backward (to left and right) and sideways (to left and right). I figured if it was good for Parkinson’s it would be good for anyone—myself included! I adapted those Tai Chi movements and principles into a drill system that would make it easy and fun, and I began practicing daily. Soon I began seeing significant changes!

As I began practicing the movements, I activated muscles I had never felt before on the insides and outsides of my legs and around my hips. I was sore in places that had not moved for years, a sure sign that the exercise was very different from the gym exercises I had been doing before. After a practice, I found that my gait was stronger and springier, and I quickly began developing overall stamina and strength. Some muscles I discovered, among others, were the gluteus minimus, gluteus medius, semimembranosus and semitendinosus. I was activating smaller, supportive muscles that are not significantly challenged by traditional gym exercises and machines. While these movements are part of traditional Tai Chi forms I had been doing for years, Tai Chi practitioners do them as transient movements within a larger sequence; they are rarely done as individual drills. Thus, while Tai Chi has been very healing and helpful for me, the usual practices did not go deep enough therapeutically into the specific muscles I needed to develop. That all changed with the Oregon research and the practice set I created based on that landmark research. 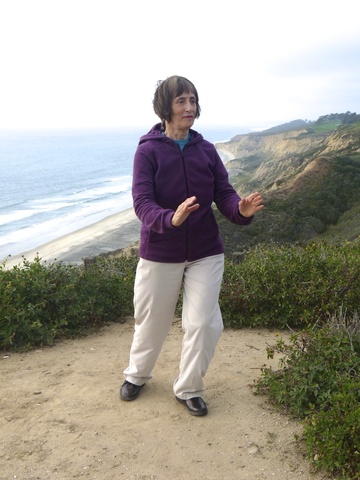 NEW CREATION TAI CHI MOVEMENTS ARE A FORMULA FOR SUCCESS!

Soon I developed strength I had not experienced for decades. I discovered that the diagonal stepping in various directions with Tai Chi movements constituted a valuable formula for success. It was those diagonal movements with weight shifting and turning that were building up the supportive muscles. The accompanying arm movements helped build the core of the body and develop the ability to move the upper and lower body independently as is required in a normal gait. 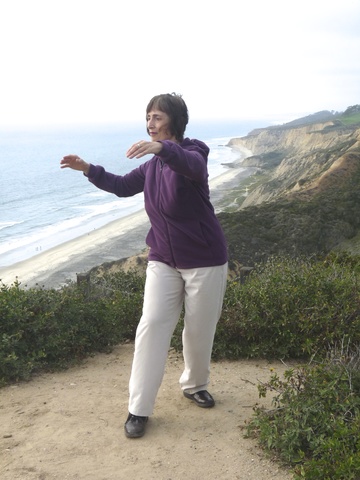 The movements and drills I developed have become a core part of my own personal, successful rehabilitation and ongoing wellness regimen. I am now stronger than I have been for decades, and I am continuing to gain strength and stamina. These are movements I will benefit from for years to come!

In 2014, I created a new DVD, entitled New Creation Tai Chi-Qigong for Walking, Balance & Strength, to share these amazingly successful movements with others who need to build walking skills. I am proud that this DVD presents the movements in complete seated and standing formats.

Many may want to start with the standing versions but use the seated versions for initial learning of more complex arm movements such as “Grasp Bird’s Tail.”  Others who are not so mobile will get a great benefit from the seated movements that may help them gain enough strength to transition to standing exercise. There are plenty of options to meet a great variety of needs for exercise and rehabilitation. 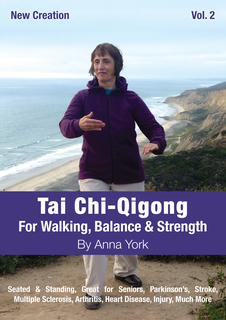 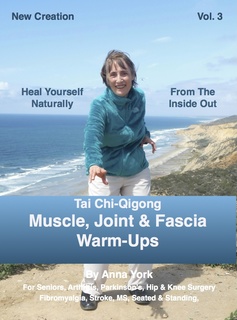 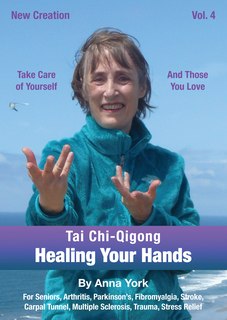 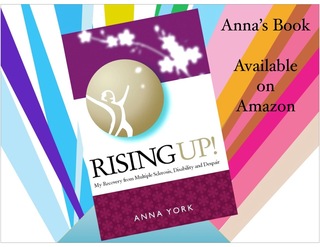 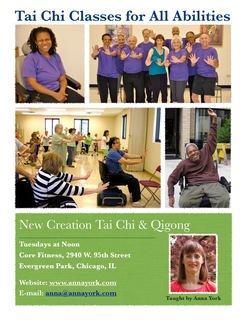